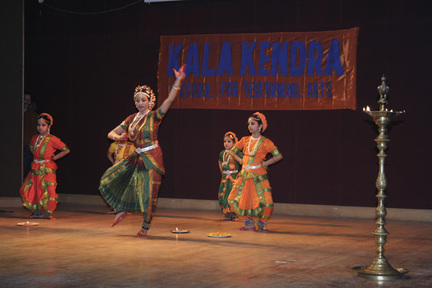 Kalakendra is a branch of Purabi Sangit Chakra (later known as Sanskritik Kalakendra), Kolkata which was established as a society for promotion of Indian music and dance in 1965.

Kalakendra, Dwarka’s finest institute for music and dance, has been successfully running its first center in Delhi at Dwarka since 2006. In this short period of time, it has made an impact to the lives of hundreds of young children in Dwarka who have been initiated into the world of music and dance.

Kalakendra supports physically and mentally challenged students to overcome their difficulties through the serene impact of musical notes. It is also dedicated to create an awareness of the multitude of benefits that music offers, even to the economically weaker sections of the society. 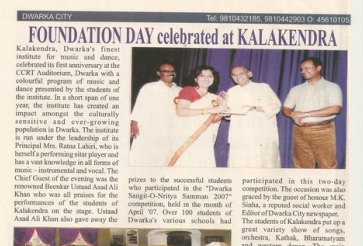